Made in China 🇨🇳, assembled in Switzerland 🇨🇭, ships for free.

Carbon (from Latin: carbo “coal”) is a chemical element with symbol C and atomic number 6. It is nonmetallic and tetravalent—making four electrons available to form covalent chemical bonds. Three isotopes occur naturally, 12C and 13C being stable, while 14C is a radioactive isotope, decaying with a half-life of about 5,730 years. Carbon is one of the few elements known since antiquity.
Carbon is the 15th most abundant element in the Earth’s crust, and the fourth most abundant element in the universe by mass after hydrogen, helium, and oxygen. Carbon’s abundance, its unique diversity of organic compounds, and its unusual ability to form polymers at the temperatures commonly encountered on Earth enables this element to serve as a common element of all known life. It is the second most abundant element in the human body by mass (about 18.5%) after oxygen.

Be the first to review “Carbon Atom Keychain” Cancel reply 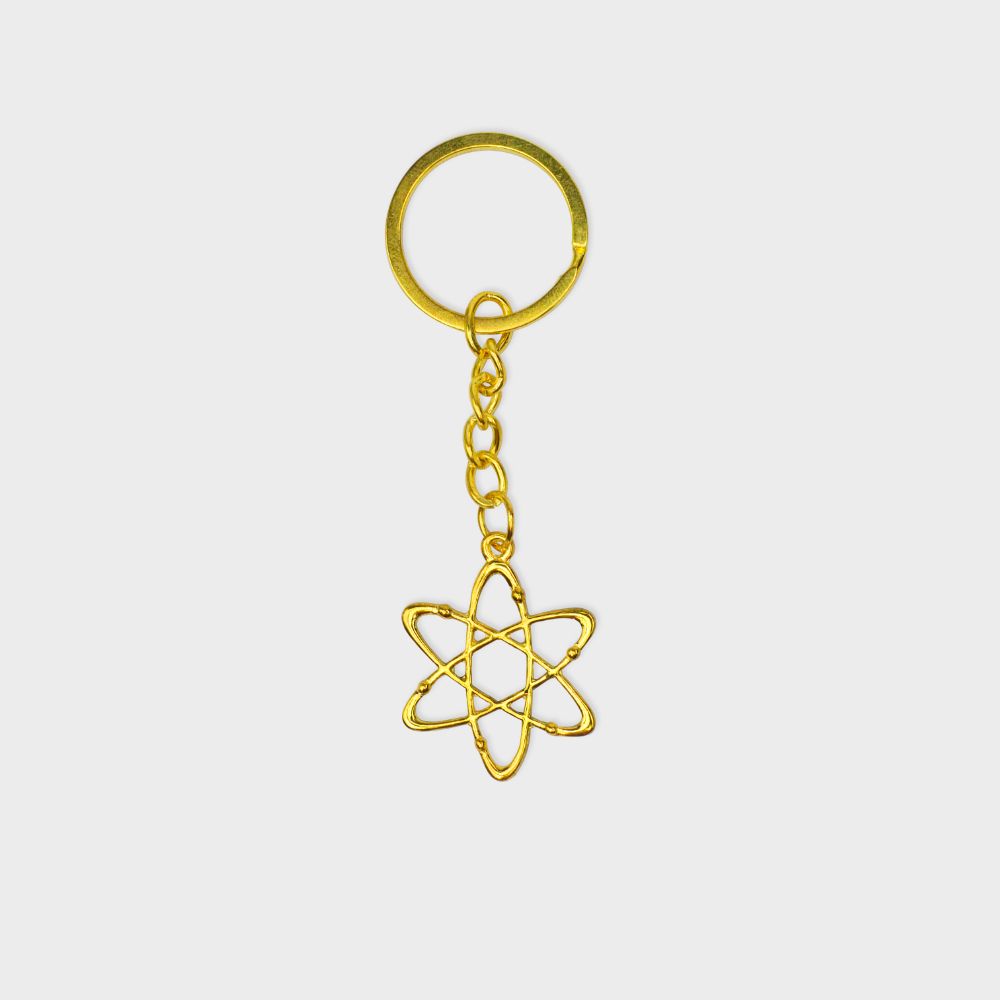