The crystals on this photo were formed by melting dopamine multiple times on a hot plate after being allowed to recrystallize. The final crystals were viewed and imaged under polarized light microscopy. By Christopher King.

Be the first to review “Dopamine Rush Scarf” Cancel reply

We don't do ads and donate 50% of our profits to science projects. Learn more. 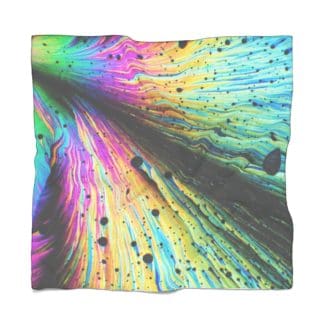