Made in Honduras 🇭🇳, printed in our factory in California + North Carolina USA 🇺🇸 & Riga LV 🇱🇻.
Learn more about how we make our products here.

The crystals were formed by melting dopamine multiple times on a hot plate after being allowed to recrystallize. The final crystals were viewed and imaged under polarized light microscopy.

We don't do ads and donate 50% of our profits to science projects. Learn more. 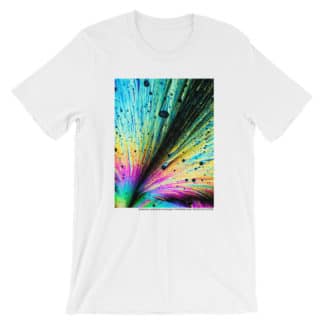