Ship from New York USA 🇺🇸 or Eindhoven NL 🇳🇱 (the one closest to you).

Comes without a chain. You can add a nice chain here.

Buckminsterfullerene (or bucky-ball) is a spherical fullerene molecule with the formula C60. It has a cage-like fused-ring structure (truncated icosahedron) which resembles a soccer ball (football), made of twenty hexagons and twelve pentagons, with a carbon atom at each vertex of each polygon and a bond along each polygon edge.
It was first generated in 1985 by Harold Kroto, James R. Heath, Sean O’Brien, Robert Curl, and Richard Smalley at Rice University.
The name is a reference to Buckminster Fuller, as C60 resembles his trademark geodesic domes. Buckminsterfullerene is the most common naturally occurring fullerene molecule, as it can be found in small quantities in soot. Solid and gaseous forms of the molecule have been detected in deep space.
Buckminsterfullerene is one of the largest objects to have been shown to exhibit wave-particle duality; as stated in the theory every object exhibits this behavior.

Our #c60 #buckyball necklace on out #periodictable towel 😁 You can get both of them in our shop! #periodically #chemistry #science #chemistrylove #lovechemistry #staynerdy #chemistrymemes #chemlab 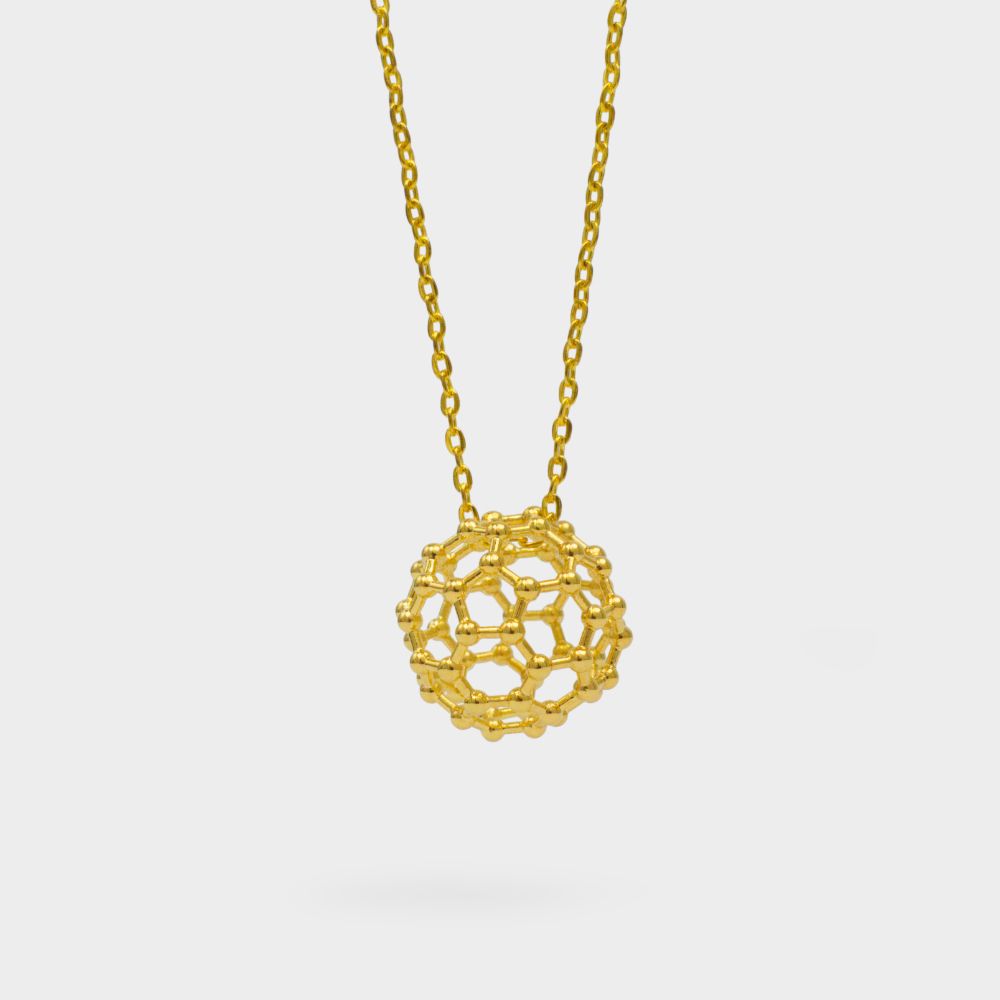