You will get 3 beautiful die cut LSD molecule stickers.
Made in Germany, ships from Switzerland.

Lysergic acid diethylamide, abbreviated LSD or LSD-25, also known as lysergide and colloquially as acid, is a semisynthetic psychedelic drug of the ergoline family, well known for its psychological effects which can include altered thinking processes, closed and open eye visuals, synaesthesia, an altered sense of time and spiritual experiences, as well as for its key role in 1960s counterculture. It is used mainly as an entheogen, recreational drug, and as an agent in psychedelic therapy. LSD is non-addictive, is not known to cause brain damage, and has extremely low toxicity relative to dose, although adverse psychiatric reactions such as anxiety or delusions are possible even at low doses.
LSD was first made by Albert Hofmann in Switzerland in 1938 from ergotamine, a chemical from the fungus ergot. 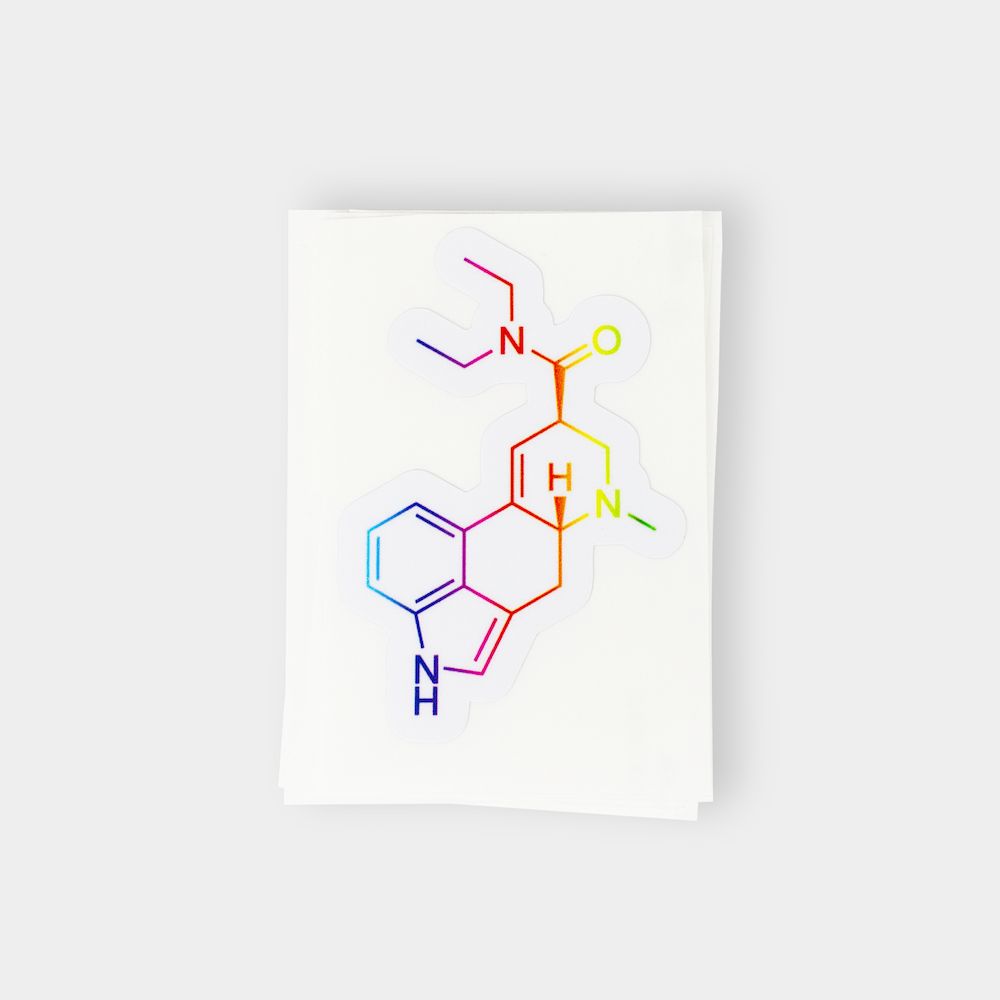